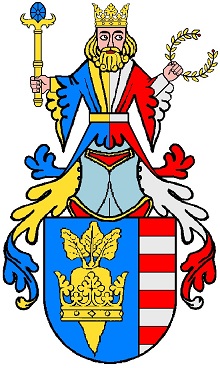 Where does the name came from?

The earliest Carrotking I came across, was a guy called Johannes Ystrut named Carrotking. He married Elisabeth Leina at Unshausen close to Homberg/Efze (Northern Hassia in Germany). That happened around 1480 (although some books date it back to 1408). Apart from Johannes, there was a Henne Ystruth who became a citizen of Homberg/Efze when marrying Martha Rübenkönig and who, since then, was named ‘Carrotking’. There is no hint mentioned in the books why he was named “Carrotking”. Their son Hans became a citizen of Homberg/Efze in 1500 and died 1539.
It is confirmed that ‘Carrotking’ was first mentioned in Homberg/Efze in 1491 resp. 1497.

In my direct line, my great-great-great-great-geat-great-great-grandfather was Johann(es) Caspar from ?. He is the father of David Wilhelm, a merchant for ceramics from Wattenbach in Hassia, who lateron, became the father of Christian Philipp who was baptized at Altenkirchen in 1768. Christian Philipp, a tramp, married Anna Dorothea Sieppelin around 1800. Their child was Johann(es) Rübenkönig who got confirmed in 1810 at Niederwetz/Altenkirchen (Germany). Johann(es) became a shoemaker and moved to Kaiserswerth which is close to Duesseldorf. Here, he got married in 1837. His son Adolf was borne 1840 and became a cigar maker. Adolf married in 1866 and got a son by the name of Peter Hubert who was borne in 1867. Peter Hubert became a velvet & silk weaver and married 1891. One of his sons is my grandfather Wilhelm, borne in 1902.

I could not yet get further information on Johann(es) Caspar. Also, I would like to link the “old” Carrotkings from 15th century to those of my family.

So far, I dug up approx. 170 Carrotkings over 5 centuries (even some from the US!). If you would like to exchange information, pls contact me.

My crest on the top of this site speaks for itself: a carrot + a crown. The colours relate to the area of Homburg/Efze where the name has been mentioned for the 1st time. The coat of arms resembles that one of the Hessian lion – the federal state we are living in. The king holds a  precious stone – in remembrance of the town we got married. The laureal wreath represents my hobby.